On Monday we went to the Pumpkin Patch at our church! It was voted the best photo spot in Gainesville! What the sign didn't say or guarentee...the pumpkins were great at having their pictures taken, sitting still the entire time....the kids on the other hand, were not as cooperative! Not only was it cold and windy, but the excitement of tons of orange things that look like balls laying in one area, was more than Sid and I could handle! Logan was impressed he could carry even the "biggest" pumpkins without droppppp....ing them, oops! Liam was just interested in how far the small pumpkins could travel when thrown with the wind! Needless to say, we left Lainey in the car due to the weather, took a few pictures, picked out a few pumpkins, and headed home! Pictures at home are just as cute, right? Took some convincing for me, but soon became the best idea Sid had ever .... and I mean ever, thought of! 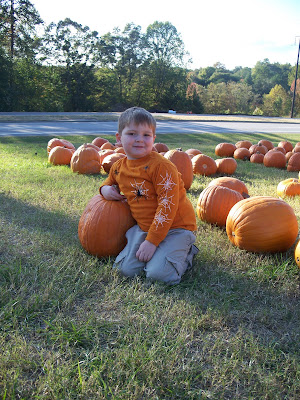 Logan James and the "biggest" pumpkin...at least in his 4 year old eyes! 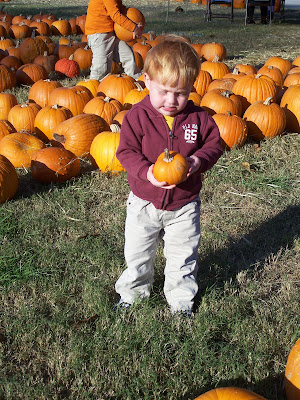 "Ummmm.....I wonder how far this one will go?" thought the cute, little innocent Liam! 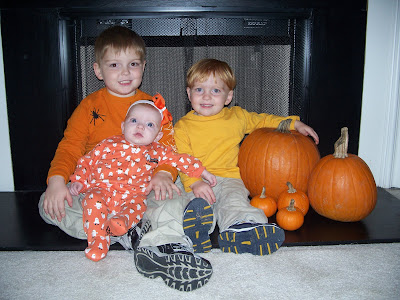 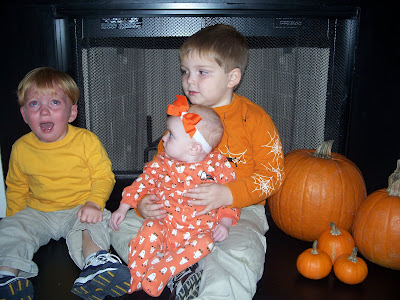 Liam had enough of all the pumpkin stuff ... Lainey and Logan were debating on whether or not they are really related to Liam! 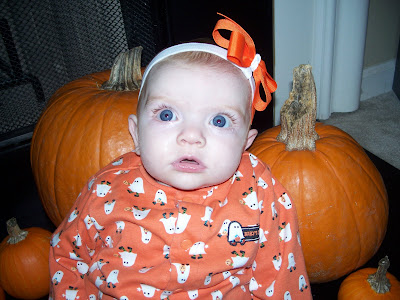 Who needs those boys in the picture... when you have me! 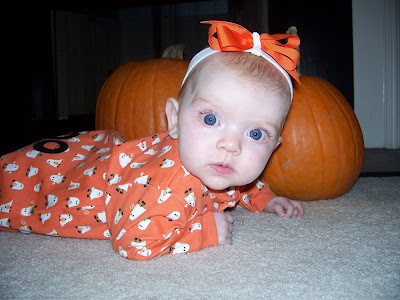 Watch out! There is a "Bug" in the pumpkin patch! 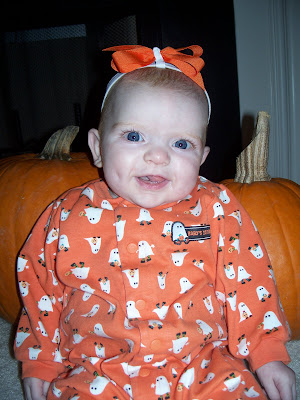 Our Little Pumpkin Girl!
We hope you enjoyed the pictures as much and more than we had taking them! Check back this weekend for more pictures of the kids during an afternoon full of Trick-or-Treating! We have an "action" packed afternoon planned as we Trick-or-Treat with a few of our friends!
Much Love,
DeAnn
Posted by The Smithson Family at 11:34 PM

Love, love, love, love the pictures. Oh my goodness how much they have all grown. Sounds like I live far away, but life goes by way too fast. Even when you live just across the street! Lainey has got to be the prettiest baby I think I have seen. Oh the trouble you are in for. Good thing she has 2 older brothers that will be looking after her. Maybe by then dad will have time to slow down and get out the shot gun!