Halloween with the Smithsons was WILD, but fun! Sid had to work until 7:15, so I took the kids out for an afternoon of costume wearing, candy gettin', cavity producing fun ~ also known as Trick-or-Treating! Several of our friend also joined us for some Trick-or-Treating excitement. The first place we visited for candy was the square in Gainesville. After the square, we hit the drive-thru at Chick-fil-A and headed for Gigi and Papa's house to eat, although they were not there to check us out in our Trick-or-Treat duds! Our last big stop was at the mall. It was crazy! I saw way too many of my students while walking through the sea of people at the mall. Sid was able to catch up with us at the mall and he was thrilled to be at the Gainesville Mall along with everyone else! Following our trip to the mall, we visited a few neighbors for some last minute candy gathering before calling it a night! Logan had such a blast that he asked, "Mom, can we go Trick-or-Treating again next year?" Sounds like a good plan! It was fun, but the kind of fun I can handle only once a year! 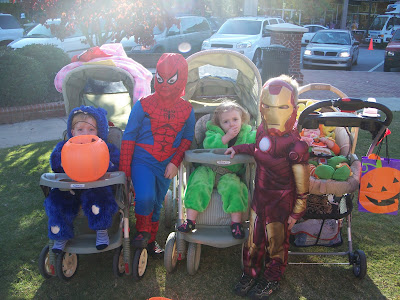 Lainey is here...just can't see her behind Cookie Monster Liam! Logan was the poster child for the new super hero ~ "Chunky Spider Man" ~ who says you have to be fit to be a hero? Katelynn was the Hungry Caterpillar...eating the paper just to get to the lollipop! Iron Man Dawson was enjoying the extra weight his muscles added, while his sister Kaylah the blooming flower, slept through the entire event! 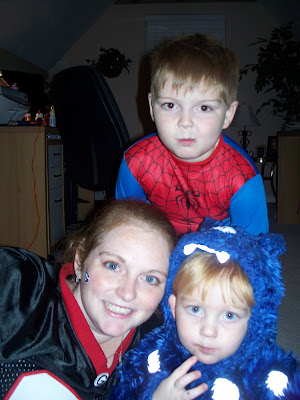 Mom and her boys! 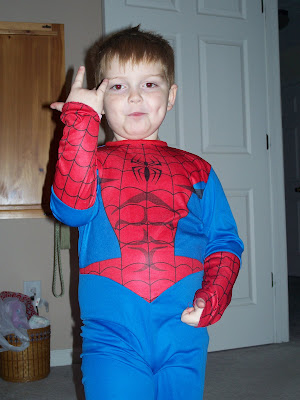 Watch Out! It is Spider Logan! 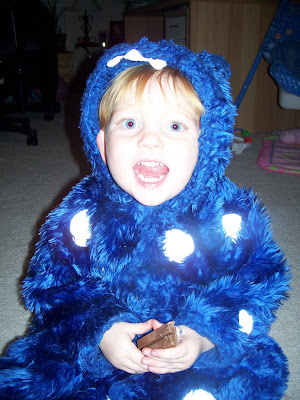 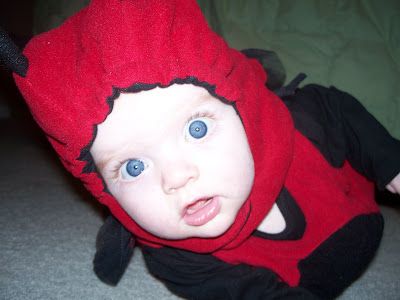 "Lainey Bug" trying to take off! 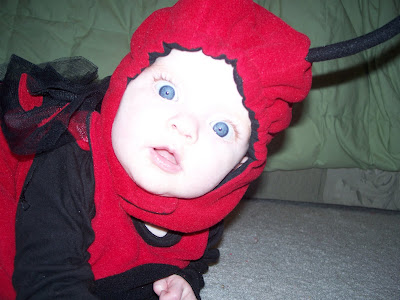 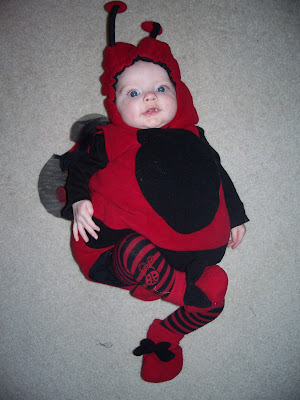 This ladybug has brought more than luck into our house....she is a blessing from above! 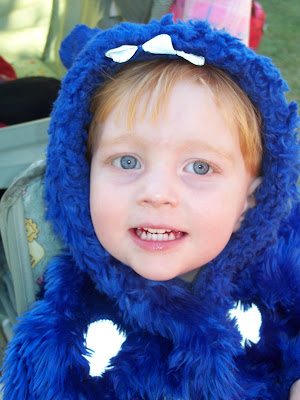 And why did we spend the money to dress Liam up as a monster? He doesn't need a costume for the title of "monster!" 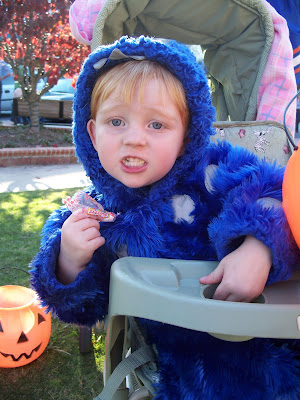 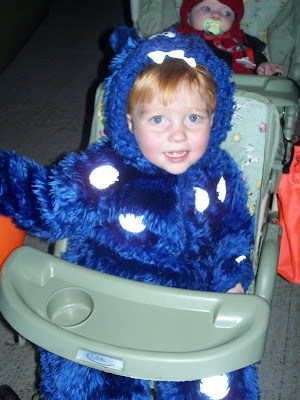 This is the last time we saw all of Liam's costume..... 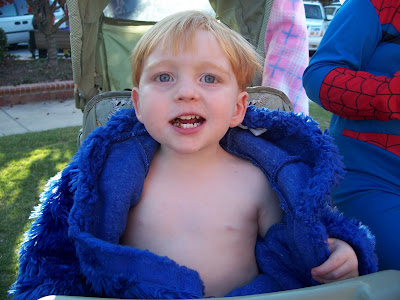 .......we now have the "Stripping Monster!" And yes, he is eating another piece of candy! 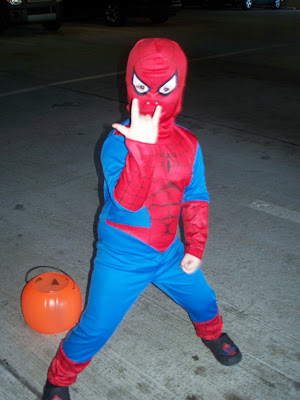 Don't confuse this with a gang symbol....it is his web shooter (since his mom would not spend the $29.99 for the "real" web shooter at Wal-Mart!) 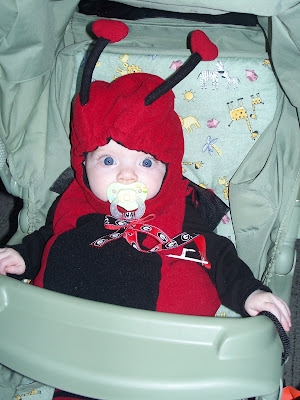 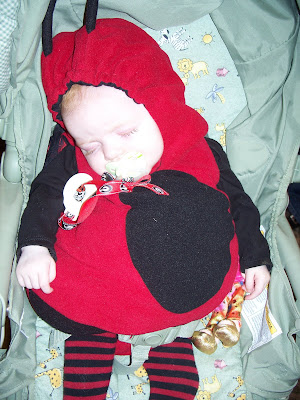 Sugar Crash! Too much fun for a little bug!
Posted by The Smithson Family at 12:51 PM