On Monday Logan had his 5th birthday party at Monkey Joe's. Along with the goodie bags, he and his little brother, Liam, passed out Streptococcal pharyngitis germs....aka ~ Strep Throat! Yep, that is right...Logan and Liam both had strep throat at the birthday party...and I didn't even know! Liam ran a low grade fever off and on last week, but never confirmed that anything hurt. Logan began complaining of a headache and his throat hurting on Friday, but he continued to eat. The last time he had strep, he wouldn't eat....so I thought it might be a cold or sinus drainage! WRONG! When my mom looked down his throat while the other kids were jumping on the inflatable toys at Monkey Joe's, she called it....and we called the doctor.
There were no openings at the pediatrician's office, so I took the boys yesterday. A little miffed with me for not bringing the boys to them in earlier, the doctor confirmed positive strep tests for both of them. Although Liam seems to be responding well to the antibiotics, Logan is still lagging behind. Logan has had a fever averaging 101 and he has been throwing up! He also is not wanting to eat....and if Logan doesn't want to eat, there is obviously something wrong! I think Liam was close to being over his strep throat since he was running a low grade fever most of last week. He has acted fine, but isn't eating much....like usual! The best thing the doctor said was that Lainey should be okay....babies do not usually get strep throat! I have never heard that, but I'll take it and hope she stays well!
Although Logan was not feeling well, I was determined to make sure he still had a good time at his party. Monkey Joe's is fun....but not so much when you aren't feeling well! Logan's favorite part of the party was opening gifts....who's isn't?! He got so many cool gifts! Transformers, Power Rangers, Legos, and Hot Wheels are just a few of the things his friends gave him. Thank you to everyone that came to celebrate Logan's 5th birthday. We hope you had a good time and we really hope Logan and Liam did not give your child strep throat!
Here are some pictures of Logan's BIG day at Monkey Joe's! 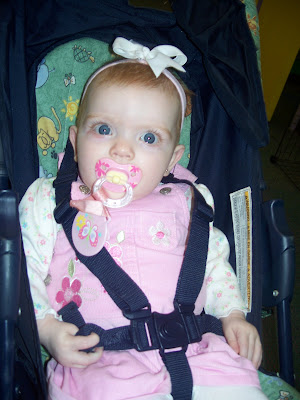 Lainey hanging out at Monkey Joe's. 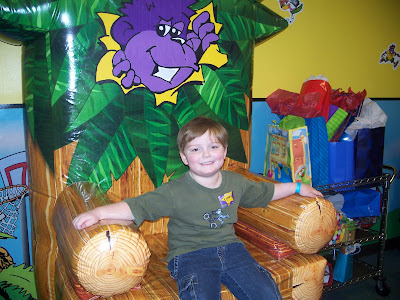 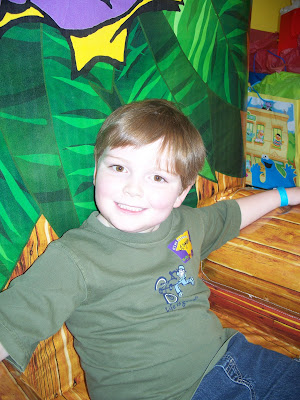 Hanging out with Strep Throat! 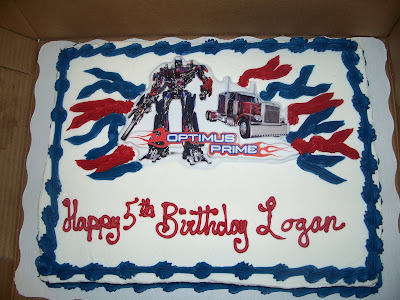 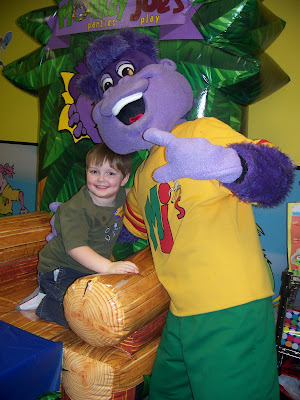 Logan and his friend Monkey Joe! 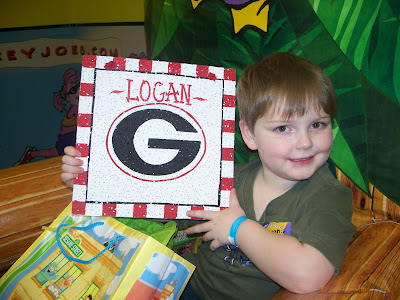 A cool UGA cork board from Reagan! 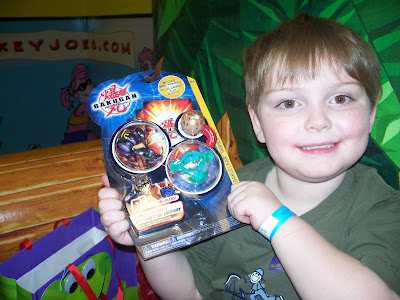 Thank you for the awesome gift Andrew....BAKUGAN is all Logan talks about after hanging out with you at school! 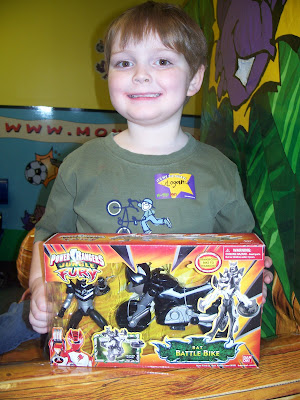 Thank you for the Power Ranger Grandma Carolyn and Papa David! Wish you could have been at the party!

For what is left of this week, I am hoping that Logan will get to go back to school. Liam went today but Logan stayed at Gigi and Papa's house. The boys are no longer contagious, but Logan still needs a little rest. Today I haven't felt very well, so I hope I have not caught any of the bugs that have been in our house.

Lainey is suppose to go to the CF Center on Friday for her monthly check up. Since the boys have been sick and may not be going to school, I might have to reschedule her appointment. My parents both have to go to Emory for a check up with the cardiologist on Friday, February 27th, so I may reschedule her appointment for then since the CF Center and Emory are so close to each other.

Please pray for a speedy recovery for the boys. Prayer is also needed for Sid, Lainey, and I....we really need to stay well! Thanks again for all of the birthday wishes and gifts!

DeAnn
Posted by The Smithson Family at 4:36 AM

If I was just a LITTLE BIT closer I would offer to stay with the two sickies while you took Lainey to her CF appt. I hate for you to have to reschedule because I know that's usually a significant delay. (I need my voice to come back soon so I can schedule my April CF appt or I'll never get one.)

I hope the boys get better soon and the rest of you don't get sick.

Sorry the boys are sick with strep throat....Ethan had it last week as you know but no one else in the family caught it! So hopefully no one else in your family will catch it either!!

The good thing about strep is you can take an antibiotic for it and get better pretty quickly. I really do prefer it to anything viral. I didn't know babies didn't usually get it either.. that's great!!

Those are absolutely adorable pictures!! Looks like they had so much fun.

Lainey's eyes are SO pretty!

Sorry the boys are sick, I hope they get well soon. I hope Lainey stays well and has a great CF clinic visit:)
M

Thanks for following Seamus' story. I showed him your blog and he loves the pictures.