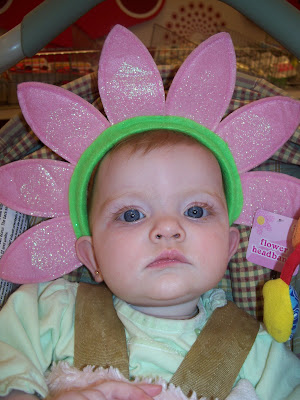 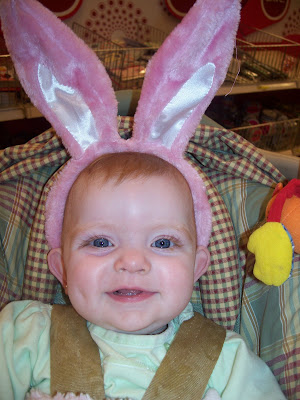 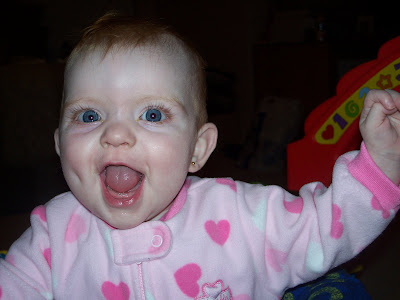 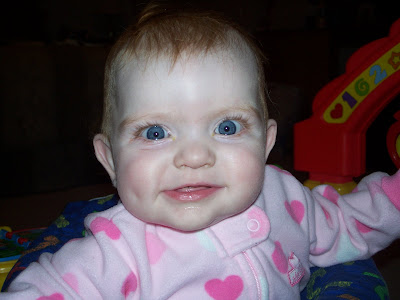 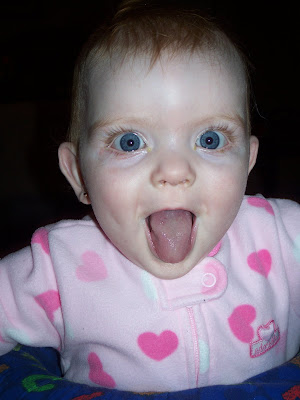 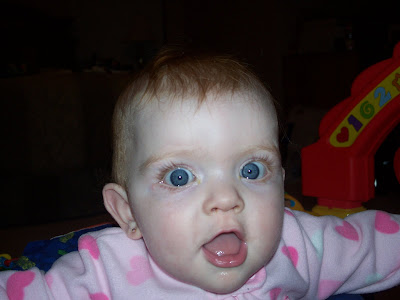 Have a good week!

The Smithsons
Sid, DeAnn, Logan, Liam, and Lainey
Posted by The Smithson Family at 8:36 PM

I'm sure that was quite a shock when she was dx.

Whenever I see pictures of Lainey, I always think of Zoe. Do you know who Zoe is, another young CFer? Anyway, she has big blueberry eyes like Lainey does.

I love her flower petals and bunny ears!

I'm finding it so interesting reading everyone's stories. Thanks for sharing Lainey's. I still can't get over how cute she is!

Thank you for sharing your story. I agree getting the results are a moment in your life you will never forget.
You have a beautiful little girl, that looks very happy!

They live at the GA/FL border in St. Mary's. If you see Zoe's baby and toddler pictures you really notice her large eyes being like Lainey's.

Zoe's mom, Jada, is on cf.com quite a bit and that's where I got to "know" them.

Oh how beautiful she is!!!

I really can't imagine the devastation you parents feel when hearing that your child has CF. Your bravery is amazing!

Thanks for sharing Lainey's story.

You Cf Moms are so strong!!!

Lainey and Olivia would be great friends!! They have begun very similar (Olivia's obstruction didn't require surgery though).

Our clinic has us add Parkay to all of Olivia's veggies so a fattening, yummy, buttery taste.

I always love all the bows, headbands, etc you adorn her with.

Thank you for sharing!

Hello!
Well, thanks to Mrs. Aspiemom....:)
we have met! Your daughters eyes are beautiful! Zoe's G.I. doctor always tells her that he feels like he looking into the Med. sea while looking into her eyes! :)
Is there a Gainsville Georgia, or do you guys travel from Gainsville Fl.??
I'm glad she is doing well.....a rough start. That diagnosis. Hits hard. I remember the feeling oh too well.
Look forward to getting to know you guys!
Take care,
Jada